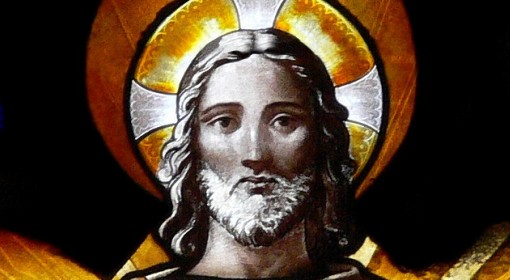 God created Man as a rational being (CCC 1730) with free will, the ability to choose between good and evil (CCC 1732), responsibility for choices (CCC 1734), a conscience to guide choices (CCC 1777-1802) and consequences for those choices (CCC 1008).   At Eden (Gen 3:1-24), Man abused his freedom by disobeying God’s commandment and experienced a guilty conscience (CCC 397). In this Original Sin, Man broke harmony with God (CCC 400, 416, 1707, 1739), was immediately held responsible for his choices, bearing the consequences (Gen 3:24).  After Eden, God continues to grant Man freedom and holds Man responsible for choices Man makes (CCC 1745).  Freedom, responsibility and consequences cannot be separated; this is how God designed Creation.

Man’s Attempt to Escape the Inescapable

Modern Man abuses freedom by avoiding responsibility, ignoring conscience and avoiding consequences for choices made.  Man’s abuses of freedom are evident: the desire for sex with no responsibility, the clamoring for rights without responsibilities, exploiting legal loopholes to avoid consequences, aborting children to avoid parenthood, etc.  Man’s conscience about inherent good and evil is being dulled through the totalitarian imposition of moral relativism by government and the courts, a politically correct culture and the increasingly immoral media.  But, Man cannot escape the consequences of choices made: in this life, evil choices yield turmoil, sooner or later (e.g. broken relationships, the despair of guilty conscience, ill health, retribution, etc.); Man’s graver consequences are in the life to come. The Judgment of Jesus Christ is inescapable.

Every man will stand in judgment before Jesus Christ, the Divine Judge.  Jesus:

Is the Divine Judge – The Father has given “all judgment to the Son” (John 5:22; Acts 10:42), giving Jesus the power and duty to offer “definitive judgment on the works and hearts of men”, a right “acquired” by His Cross (CCC 679).  Jesus is the Perfect Judge: as True God, He knows all things; as True Man, He intimately knows what it is like to be human (John 5:25-27).  Jesus Christ clearly asserts that He will judge the good and evil (Matthew 25:31-46).

Clarifies how Man will be judged – Man has been given freedom and responsibility and will fully bear the consequences of choices.  At the Judgment, “the conduct of each one and the secrets of hearts [will] be brought to light”(CCC 678).   Importantly, “the attitude about our neighbor will disclose acceptance or refusal of grace and divine love” (CCC 678) as well as each man’s acts of charity (CCC 1033).  Each Man chooses to accept or reject God’s Grace (CCC 678, 1039, 1470, 1864, John 12:44-50). Those who freely choose to reject Christ’s Grace judge themselves and will receive their reward or punishment based sole on one’s works (CCC 679).  Man’s ability to influence his fate lasts only as long as earthly life (CCC 1021).  Each man faces Particular Judgment at the time of death (CCC 1022); there will be the Last Judgment when Christ comes in glory in the Second Coming (CCC 1021, 1038-1041).

Describes the consequences of Judgment: Heaven and Hell – Jesus describes “Gehenna” as an “unquenchable fire”, a place of anguish where the angels of Christ will cast “evil doers” (CCC 1034). The Church teaches that, at death, those in a state of mortal sin descend into the punishments of “eternal fire”, separated from God forever (CCC 1035).  Jesus also describes the beauty of the Kingdom of Heaven, where the righteous will see God face-to-face (Matt 5:8; 1 John 3:2), where Man will enjoy a “state of supreme, definitive happiness” (CCC 1024).

Describes how Man can go to Heaven at the Judgment – Jesus instructs Man to:

Accept Grace in faith and follow Christ – Justification is merited for Man by the Passion of Christ (CCC 2020) and Grace is given to Man to be healed of sin and sanctified by the Holy Spirit  (CCC 2023).  To be Judged worthy of Heaven, Man must choose to accept God’s Grace: Christ instructs Man to choose to accept God’s Grace: “If any man would come after Me, let him deny himself and take up his cross and follow Me: (Matt 16:24).  Man must have a friendship with Christ (CCC 1395).

Build a life of Charity – Jesus makes charity the new commandment (John 13:34), instructing Man to “love one another as I have loved you” (John 15:9,12).  Man is to tirelessly seek to grow in Charity for it “binds everything together in perfect harmony” (Col 3:14).  Charity is non-negotiable for Man; Jesus clarifies that one’s acts of Charity will be a basis for the Judgment (Matt 25:31-46).

Repent and relentlessly avoid mortal sin – “Mortal sin destroys charity in the heart of man by a grave violation of God’s law” (CCC 1855); “If [mortal sin] is not redeemed by repentance and God’s forgiveness, it causes exclusion from Christ’s kingdom and the eternal death of hell” (CCC 1861).

Provides the Grace for Man to be Saved at the Judgment – Jesus:

Endows Man with conscience – God has given Man a conscience, which guides Man to discern what is good, and what is evil.  Cultivated and formed by Christ and His Church, Man’s conscience is continually perfected by the virtue of Prudence, which allows Man to make right judgments (CCC 1777-1787, 1790), enhancing Man’s freedom for excellence.

Gives Man the Church – Through His Church, Jesus has given Man the four pillars of the Catechism, which, when embraced, can lead to eternal life: 1) The Creed, a statement of one’s true faith, 2) The Sacraments, especially the Eucharist, which provide the necessary grace to turn from sin and enter into unity with Christ, 3) The Moral life/commandments, which guide Man away from sin and teach how to live a life of virtue, and 4) Prayer, which is Man’s communication with God.