Divine Mercy and the Unmerciful 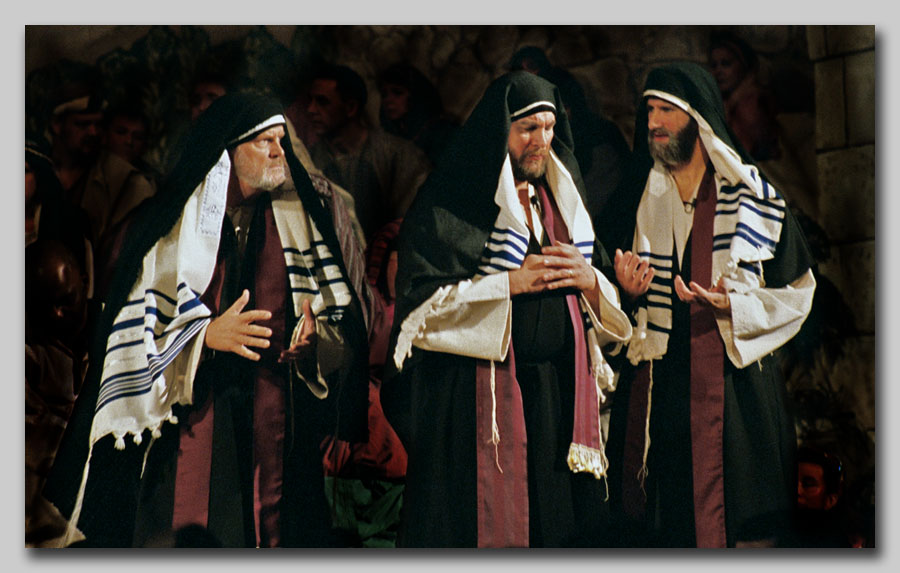 In the Gospel from the Mass from the second Saturday in Lent (Luke 15:1-3, 11-32), Jesus gives the Jewish leadership yet another chance to repent from their evil ways by telling them the Parable of the Prodigal Son:

[1] Now the tax collectors and sinners were all drawing near to hear him. [2] And the Pharisees and the scribes murmured, saying, “This man receives sinners and eats with them.” [3] So he told them this parable:  [11] And he said, “There was a man who had two sons; [12] and the younger of them said to his father, `Father, give me the share of property that falls to me.’ And he divided his living between them.  [13] Not many days later, the younger son gathered all he had and took his journey into a far country, and there he squandered his property in loose living.  [14] And when he had spent everything, a great famine arose in that country, and he began to be in want.  [15] So he went and joined himself to one of the citizens of that country, who sent him into his fields to feed swine.  [16] And he would gladly have fed on the pods that the swine ate; and no one gave him anything.  [17] But when he came to himself he said, `How many of my father’s hired servants have bread enough and to spare, but I perish here with hunger!  [18] I will arise and go to my father, and I will say to him, “Father, I have sinned against heaven and before you;  [19] I am no longer worthy to be called your son; treat me as one of your hired servants.”‘  [20] And he arose and came to his father. But while he was yet at a distance, his father saw him and had compassion, and ran and embraced him and kissed him.  [21] And the son said to him, `Father, I have sinned against heaven and before you; I am no longer worthy to be called your son.’  [22] But the father said to his servants, `Bring quickly the best robe, and put it on him; and put a ring on his hand, and shoes on his feet; [23] and bring the fatted calf and kill it, and let us eat and make merry;  [24] for this my son was dead, and is alive again; he was lost, and is found.’ And they began to make merry. [25] “Now his elder son was in the field; and as he came and drew near to the house, he heard music and dancing. [26] And he called one of the servants and asked what this meant.  [27] And he said to him, `Your brother has come, and your father has killed the fatted calf, because he has received him safe and sound.’  [28] But he was angry and refused to go in. His father came out and entreated him,  [29] but he answered his father, `Lo, these many years I have served you, and I never disobeyed your command; yet you never gave me a kid, that I might make merry with my friends.  [30] But when this son of yours came, who has devoured your living with harlots, you killed for him the fatted calf!’  [31] And he said to him, `Son, you are always with me, and all that is mine is yours.  [32] It was fitting to make merry and be glad, for this your brother was dead, and is alive; he was lost, and is found.'”

Jesus, ever merciful, tells the story of the Prodigal Son, in part so that the Jewish leadership might come to repentance.  Again.  Consider:

Despite the Pharisees’ hard hearts and blind eyes, Jesus continues to offer them His Divine Mercy.

Trouble is the Unmerciful are often blind to the whole idea of Mercy.  Too bad for them.