Jesus gives a mulligan to the Pharisees 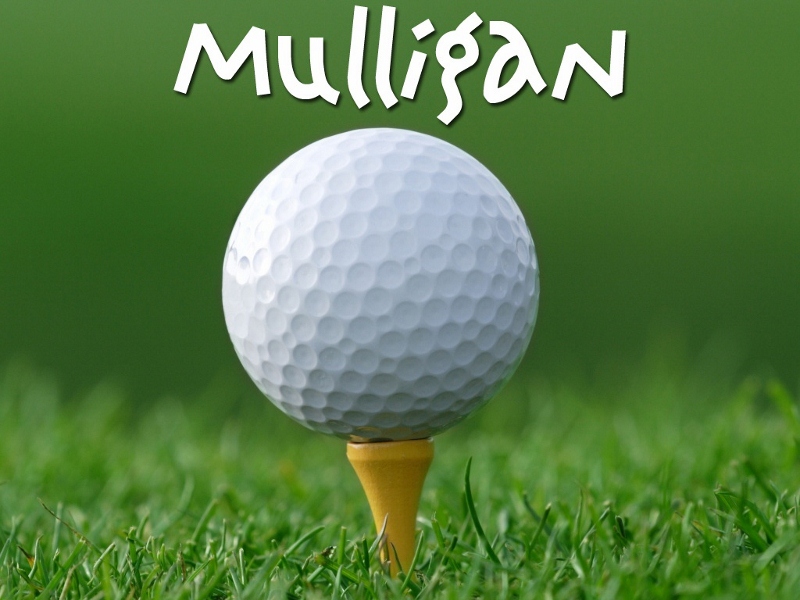 In the Gospel from the Mass for the 5th Sunday in Lent (John 8:1-11), Jesus offers the Pharisees a mulligan.  And boy, do they need it:

[1] but Jesus went to the Mount of Olives. [2] Early in the morning he came again to the temple; all the people came to him, and he sat down and taught them. [3] The scribes and the Pharisees brought a woman who had been caught in adultery, and placing her in the midst [4] they said to him, “Teacher, this woman has been caught in the act of adultery. [5] Now in the law Moses commanded us to stone such. What do you say about her?” [6] This they said to test him, that they might have some charge to bring against him. Jesus bent down and wrote with his finger on the ground. [7] And as they continued to ask him, he stood up and said to them, “Let him who is without sin among you be the first to throw a stone at her.” [8] And once more he bent down and wrote with his finger on the ground. [9] But when they heard it, they went away, one by one, beginning with the eldest, and Jesus was left alone with the woman standing before him. [10] Jesus looked up and said to her, “Woman, where are they? Has no one condemned you?” [11] She said, “No one, Lord.” And Jesus said, “Neither do I condemn you; go, and do not sin again.”

What Jesus does is an astounding example of mercy.  Consider:

Praise God that He is willing to be merciful and give us many mulligans; Lord, He knows, we need it.