Jesus’ solution to Terminal Bankruptcy (and by the way, you’re bankrupt) 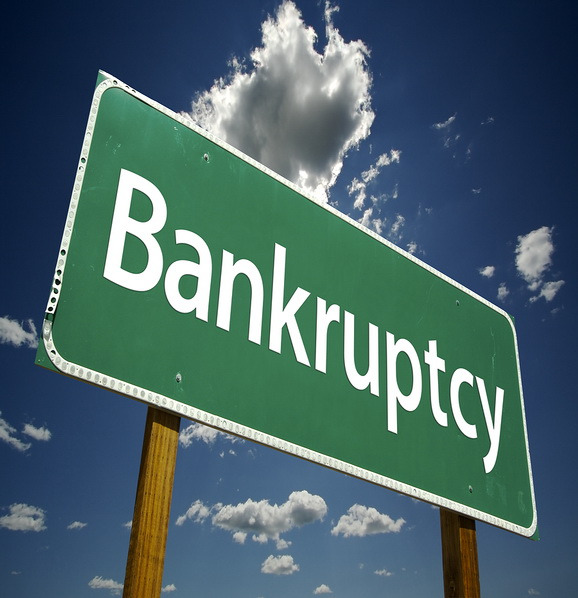 In the Gospel from today’s Mass (Matt 18:21-35), Jesus ventures into financial matters to teach about forgiveness and mercy:

[21] Then Peter came up and said to him, “Lord, how often shall my brother sin against me, and I forgive him? As many as seven times?” [22] Jesus said to him, “I do not say to you seven times, but seventy times seven. [23] “Therefore the kingdom of heaven may be compared to a king who wished to settle accounts with his servants. [24] When he began the reckoning, one was brought to him who owed him ten thousand talents;  [25] and as he could not pay, his lord ordered him to be sold, with his wife and children and all that he had, and payment to be made.  [26] So the servant fell on his knees, imploring him, `Lord, have patience with me, and I will pay you everything.’  [27] And out of pity for him the lord of that servant released him and forgave him the debt.  [28] But that same servant, as he went out, came upon one of his fellow servants who owed him a hundred denarii; and seizing him by the throat he said, `Pay what you owe.’  [29] So his fellow servant fell down and besought him, `Have patience with me, and I will pay you.’  [30] He refused and went and put him in prison till he should pay the debt.  [31] When his fellow servants saw what had taken place, they were greatly distressed, and they went and reported to their lord all that had taken place.  [32] Then his lord summoned him and said to him, `You wicked servant! I forgave you all that debt because you besought me;  [33] and should not you have had mercy on your fellow servant, as I had mercy on you?’  [34] And in anger his lord delivered him to the jailers, till he should pay all his debt.  [35] So also my heavenly Father will do to every one of you, if you do not forgive your brother from your heart.”

Jesus offers stern advice in the form of a parable to teach about mercy.  Consider:

Jesus instructs us to be merciful and to forgive in an unbound less way.

We should heed his advice, for we all are bankrupt; we owe God a debt we can never repay, for He has given us life and we sin continuously.