Jesus: “They will hate you…but don’t be afraid.” 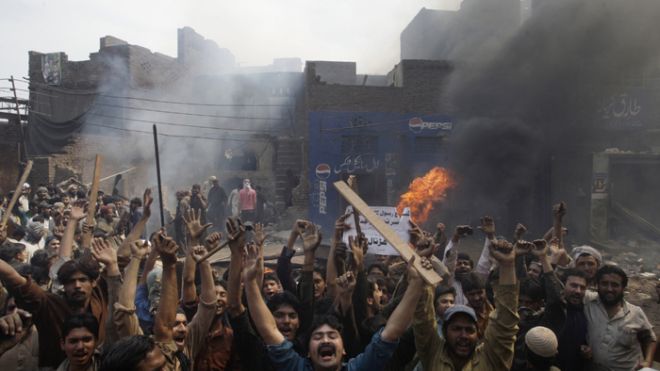 A Pakistani mob of muslims persecute Christians in 2013.

Jesus Christ, the Son of the Living God, is Truth.  As Truth, Jesus Christ knows all things across time, for He is eternal.  Consider:

Persecution is occurring in less violent ways in the United States, even today.  And many are convinced that the persecution will intensify.

But the Lord of Truth assures us that we too must stand up when persecuted, for “A servant is not greater than his master.”

Pray for those in our country who hate Jesus Christ.  Pray for the poor souls in the picture above, that they might find Jesus Christ and love Him.

Each will meet Jesus Christ in judgment.  And woe to those who persecuted Christians.