Who are you going to believe, me or your own lyin’ eyes? 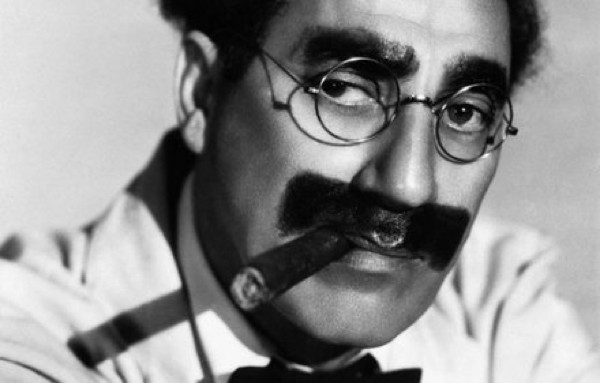 “Who are you going to believe, me or your own lying eyes?” is a quip attributed to Groucho Marx, one of the great comedians of all time (actually, Groucho’s brother Chico was dressed like Groucho and said these words in the movie Duck Soup).  Regardless of who said it, it’s funny.

This idea of not believing one’s eyes comes into play  today’s Gospel from the Mass (John 6:35-40):

[35] Jesus said to them, “I am the bread of life; he who comes to me shall not hunger, and he who believes in me shall never thirst. [36] But I said to you that you have seen me and yet do not believe. [37] All that the Father gives me will come to me; and him who comes to me I will not cast out.  [38] For I have come down from heaven, not to do my own will, but the will of him who sent me;  [39] and this is the will of him who sent me, that I should lose nothing of all that he has given me, but raise it up at the last day.  [40] For this is the will of my Father, that every one who sees the Son and believes in him should have eternal life; and I will raise him up at the last day.”

While there are similarities in the the quip from Duck Soup and the Gospel, what is being said in the Gospel is no joke.  Consider:

Jesus has demonstrated His Divinity.  He has made promises to save all people.  He has risen from the dead, as attested by many, many witnesses.  He has grown and preserved His Church for 2000 years now.

So, we each must ask ourselves:  “Will I believe in Jesus, or believe my own lying eyes (and mind).”

It’s no joke; our lives depend on it.