The Amazing “Backstory” of the Annunciation 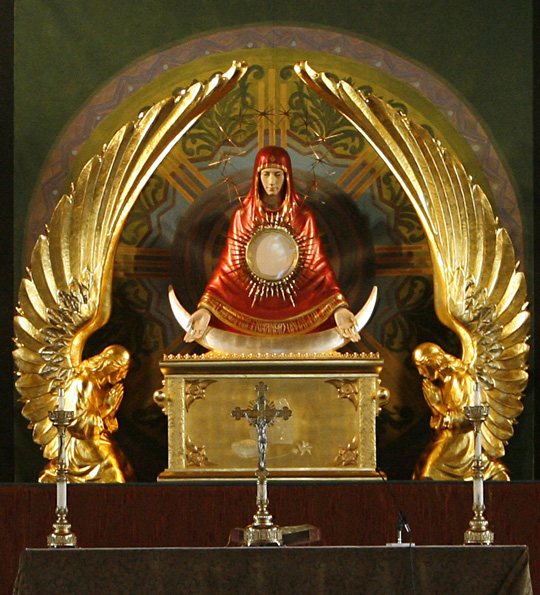 In the Gospel account of the Annunciation (Luke 1:26-38) is an astounding event that changes human history.  But even more astounding is the “backstory”, for Christ’s eternal plan is revealed. 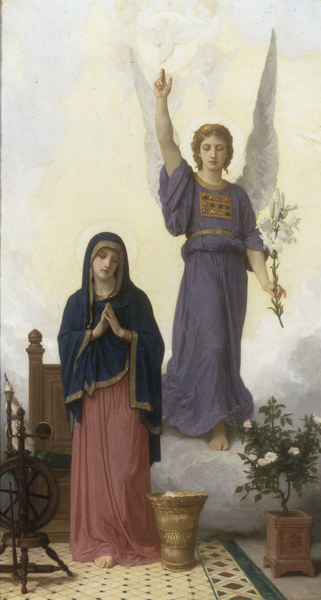 [26] In the sixth month the angel Gabriel was sent from God to a city of Galilee named Nazareth, [27] to a virgin betrothed to a man whose name was Joseph, of the house of David; and the virgin’s name was Mary.  [28] And he came to her and said, “Hail, O favored one (translated elsewhere, “Hail, full of Grace”), the Lord is with you!”  [29] But she was greatly troubled at the saying, and considered in her mind what sort of greeting this might be.  [30] And the angel said to her, “Do not be afraid, Mary, for you have found favor with God.  [31] And behold, you will conceive in your womb and bear a son, and you shall call his name Jesus.  [32] He will be great, and will be called the Son of the Most High; and the Lord God will give to him the throne of his father David, [33] and he will reign over the house of Jacob for ever; and of his kingdom there will be no end.” [34] And Mary said to the angel, “How shall this be, since I have no husband?”  [35] And the angel said to her, “The Holy Spirit will come upon you, and the power of the Most High will overshadow you; therefore the child to be born will be called holy, the Son of God. [36] And behold, your kinswoman Elizabeth in her old age has also conceived a son; and this is the sixth month with her who was called barren. [37] For with God nothing will be impossible.”  [38] And Mary said, “Behold, I am the handmaid of the Lord; let it be to me according to your word.” And the angel departed from her.

On the surface, the account of the Annunciation is astounding:

All of this in astounding on a simple reading of the text.  But even more so when one understands the backstory.

A “backstory” is a story behind the story, the story that is perhaps hidden at first glance.  The backstory of the Annunciation is a backstory like no other.  For it is Eternal Truth.  Consider:

Now certainly, the above revelation is astounding when the backstory is understood.

But there is more, for there is a backstory to the backstory.  Our Lord Jesus Christ, the one who is being announced as Mary’s Son, has planned the Salvation of Mankind from the beginning!  Jesus Christ is the Divine Strategist.

As humans, this is hard to comprehend the ways in which God is working in the world.  The more we know about Jesus Christ, the more awed we become.

Get to know the story and the backstory of Our Savior.