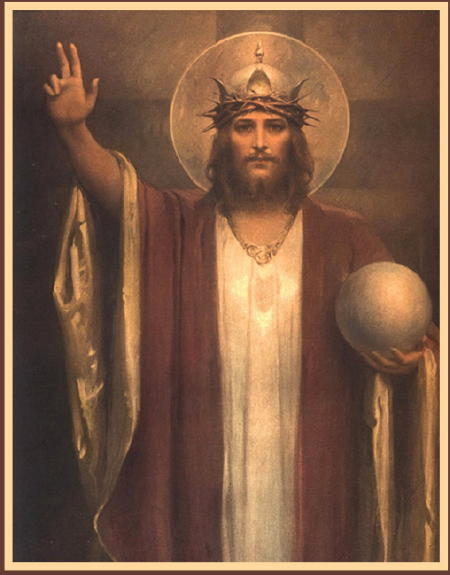 At Eden, Man chose to abuse his freedom, distrusting God and seeking to “be like God” (cf. Gen 3:5).  “By refusing God’s plan of love, [Man] deceived himself and become a slave to Sin…. human history attests the wretchedness and oppression born of the human heart in consequence of the abuse of freedom” (CCC 1739).  Original Sin (CCC 396-409) led Man into: “material deprivation, unjust oppression, physical and psychological illness and death…the obvious sign of the inherited condition of frailty and need for salvation” (CCC 2448).  St. Gregory of Nyssa teaches: “Sick, our nature demanded to be healed; fallen, to be raised up; dead, to rise again. We had lost the possession of the good; it was necessary for it to be given back to us.  Closed in the darkness, it was necessary to bring us the light; captives, we awaited a Savior; prisoners, help; slaves, a liberator” (CCC 457).

The Epidemic of False Hope

Since Eden, Man has always grasped for salvation.  Adam and Eve put their hope in the false promises of Satan (Gen 3).  With the Tower of Babel, humans sought salvation (Gen 11:1-9).  The Israelites turned from God and sought salvation from the false Canaanite gods (Num 25:1-3; Jud 2:11).  At the time of Christ, Caesar Augustus and Tiberius promoted a “Gospel” of salvation with Caesar worshiped as “Divine Savior.”  In recent times, false messiahs in the form of people (Marx, Freud, Nietzsche, Hitler, Stalin, Mao) and ideologies (Communism, Naziism, Scientism, Progressivism, etc.) dominate the cultural and political realms, exploiting the inherent need for salvation embedded in the human heart. Despite the illusion of human progress, hundreds of millions of people were killed in the last century; mass killings continue to occur today in the form of wars and abortion.  In false hope, there is no hope.

Only Jesus Christ, the Divine Savior, has the power and will to save Man.  Jesus:

Is the plan of Salvation from the beginning – “Creation is the foundation of “all God’s saving plans,” the “beginning of the history of salvation” that culminates in Christ” (CCC 280).  Beginning with our first parents (CCC 54) and through the present times, “the Father accomplishes the “mystery of his will” by giving his beloved Son and his Holy Spirit…in a wisely ordered plan [called the]…economy of salvation” (CCC 1066).

Adopts Israel as a key instrument of His salvation plan – Out of pure love, God reveals Himself to Israel (CCC 218).  God raised up Abraham, holy women, Moses, the prophets and kings as part of His loving plan of salvation from sin and death (CCC 64, 423, 431, 1080-81, 2575).  All of God’s actions are preparation for the “new and perfect covenant which was to be ratified in Jesus Christ” (CCC 781).

Is the only One who can save Man – “Because sin is always an offense against God, only He can forgive it (CCC 431). Paul asserts the universality of salvation in Christ: “Then as one man’s trespass led to condemnation for all men, so one man’s act of righteousness leads to acquittal and life for all men” (Rom 5:18).

Incarnates with the specific mission to save – In the Nicene Creed, we profess, “For us men and for our salvation he came down from heaven; by the power of the Holy Spirit, he became incarnate of the Virgin Mary, and was made man” (CCC 456).

Demonstrates that He is the Savior – “Jesus performed acts, such as pardoning sins, that manifested him to be the Savior God himself” (cf. John 5:16-18).

Is the Lamb of God, crucified and resurrected for Man’s salvation – Jesus, building off the sacrificial practice of Israel and the salvation pre-figured in the Passover, becomes the true Lamb of God who takes away the sins of the world (CCC 523, 602).  “Jesus, the Son of God, freely suffered death for us in complete and free submission to the will of God, his Father. By his death he has conquered death, and so opened the possibility of salvation to all men.” (CCC 1019; cf. 1741, 601-02, 401-404).

Establishes sure means for Man’s salvation in the Age of the Church – Jesus:

Allows Satan to oppose salvation – Christ, though thoroughly defeating Satan, allows the Evil One to tempt Man to turn away from God’s “work of salvation accomplished in Christ” (CCC 2851).

Continues to advocate for Man’s Salvation – Christ remains “our advocate with the Father”, who “always lives to make intercession” for us. He remains ever “in the presence of God on our behalf, bringing before him all that he lived and suffered for us” (CCC 519, 668). Those who reject Christ’s saving grace, “one already judges oneself, receives according to one’s works, and can even condemn oneself for all eternity by rejecting the Spirit of love” (CCC 679).