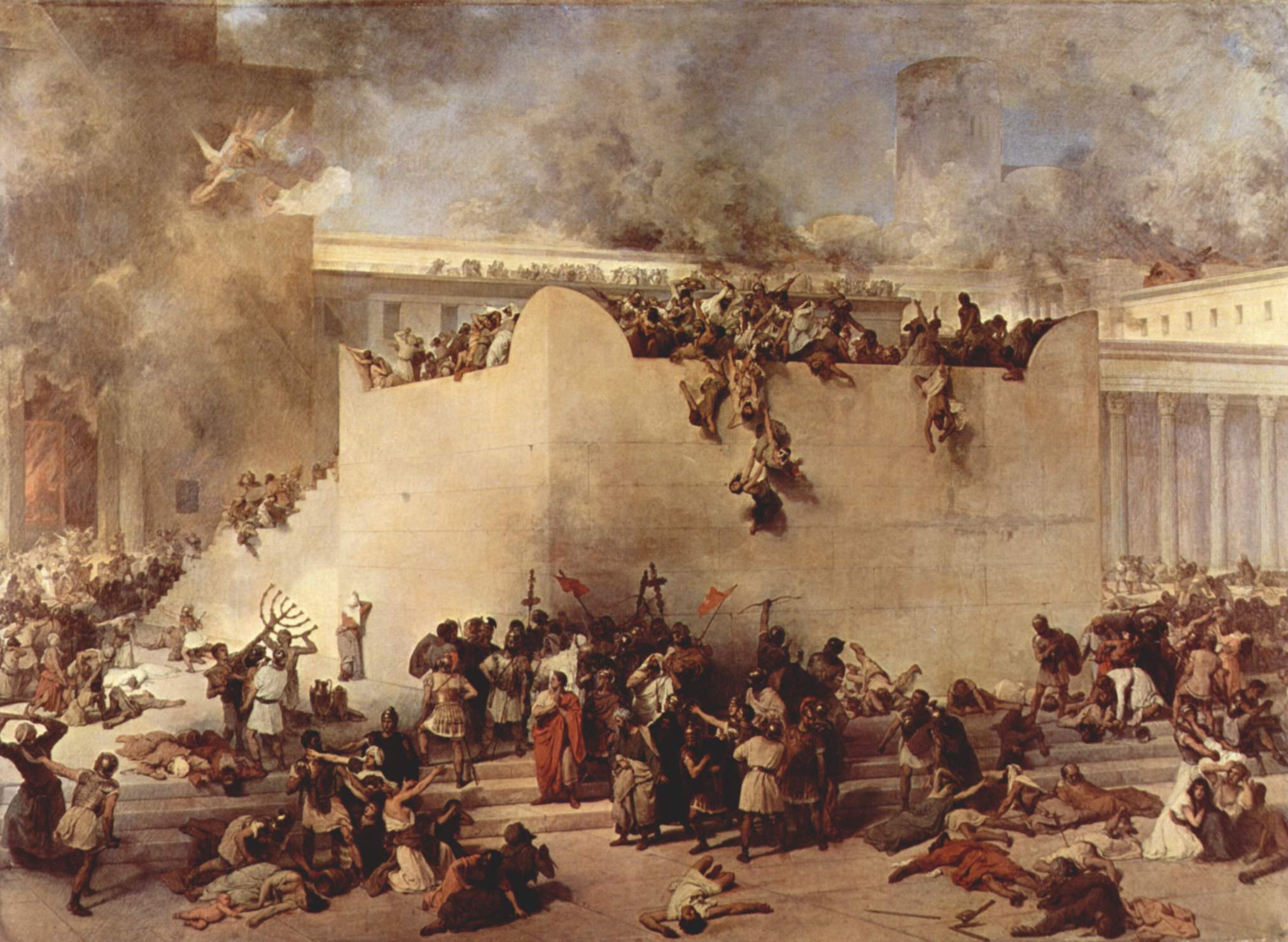 The Destruction of the Temple by Francesco Hayez

In today’s Gospel from the Mass (John 11:45-56), Caiaphas, the Chief Priest becomes an unsuspecting Prophet:

[45] Many of the Jews therefore, who had come with Mary and had seen what he did, believed in him; [46] but some of them went to the Pharisees and told them what Jesus had done.  [47] So the chief priests and the Pharisees gathered the council, and said, “What are we to do? For this man performs many signs.  [48] If we let him go on thus, every one will believe in him, and the Romans will come and destroy both our holy place and our nation.”  [49] But one of them, Ca’iaphas, who was high priest that year, said to them, “You know nothing at all;  [50] you do not understand that it is expedient for you that one man should die for the people, and that the whole nation should not perish.”  [51] He did not say this of his own accord, but being high priest that year he prophesied that Jesus should die for the nation,  [52] and not for the nation only, but to gather into one the children of God who are scattered abroad.  [53] So from that day on they took counsel how to put him to death. [54] Jesus therefore no longer went about openly among the Jews, but went from there to the country near the wilderness, to a town called E’phraim; and there he stayed with the disciples. [55] Now the Passover of the Jews was at hand, and many went up from the country to Jerusalem before the Passover, to purify themselves. [56] They were looking for Jesus and saying to one another as they stood in the temple, “What do you think? That he will not come to the feast?”

Jesus Christ, always in charge, must have smiled at the irony.  Consider:

Jesus Christ conquers all, for He is God and His plans will not be thwarted by people who appear powerful but, in truth are puny.

Many today who attempt to denigrate Jesus and His Church are making the same mistake as Caiaphas.  The irony is yet to be realized…but it is there.