The Genius of Jesus – Teaching with Parables 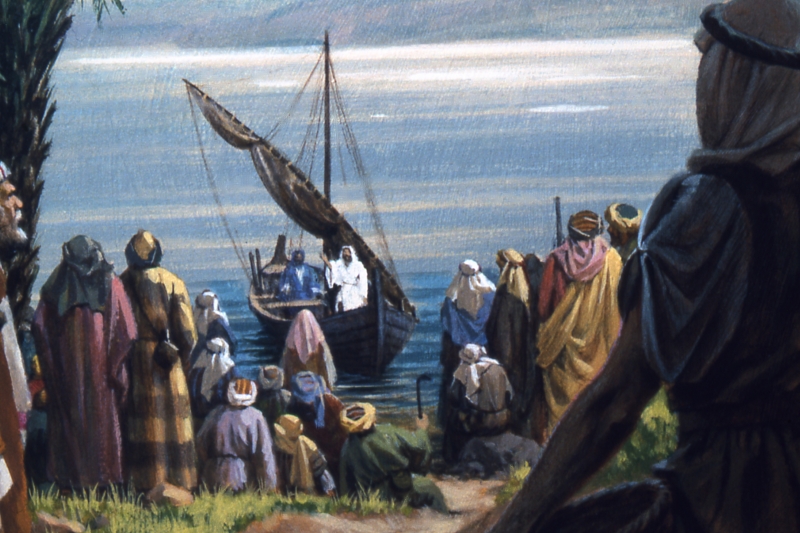 From today’s Gospel from the Mass (Mark 4:1-20), Jesus teaches a large crowd using parables.  An excerpt:

[10] And when he was alone, those who were about him with the twelve asked him concerning the parables. [11] And he said to them, “To you has been given the secret of the kingdom of God, but for those outside everything is in parables;  [12] so that they may indeed see but not perceive, and may indeed hear but not understand; lest they should turn again, and be forgiven.”

Why does Jesus teach using parables?  Here’s why: END_OF_DOCUMENT_TOKEN_TO_BE_REPLACED

In today’s Gospel from the Mass (Mark 3:22-30), Jesus demonstrates His powerful communication skills by totally trashing the faulty logic of the Scribes:

[22] And the scribes who came down from Jerusalem said, “He is possessed by Be-el’zebul, and by the prince of demons he casts out the demons.”  [23] And he called them to him, and said to them in parables, “How can Satan cast out Satan?  [24] If a kingdom is divided against itself, that kingdom cannot stand.  [25] And if a house is divided against itself, that house will not be able to stand.  [26] And if Satan has risen up against himself and is divided, he cannot stand, but is coming to an end.  [27] But no one can enter a strong man’s house and plunder his goods, unless he first binds the strong man; then indeed he may plunder his house.   [28] “Truly, I say to you, all sins will be forgiven the sons of men, and whatever blasphemies they utter; [29] but whoever blasphemes against the Holy Spirit never has forgiveness, but is guilty of an eternal sin” — [30] for they had said, “He has an unclean spirit.”

What Jesus does in this passage is breath-taking: END_OF_DOCUMENT_TOKEN_TO_BE_REPLACED 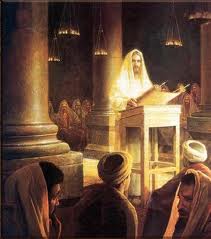 In the Gospel from the Mass (Luke 1:1-4; 4:14-21), Jesus demonstrates His great ability to communicate and enthrall a crowd.  An excerpt:

[16]  And he came to Nazareth, where he had been brought up; and he went to the synagogue, as his custom was, on the sabbath day. And he stood up to read;  [17] and there was given to him the book of the prophet Isaiah. He opened the book and found the place where it was written,  [18] “The Spirit of the Lord is upon me, because he has anointed me to preach good news to the poor.  He has sent me to proclaim release to the captives and recovering of sight to the blind, to set at liberty those who are oppressed, [19] to proclaim the acceptable year of the Lord.” [20] And he closed the book, and gave it back to the attendant, and sat down; and the eyes of all in the synagogue were fixed on him.  [21] And he began to say to them, “Today this scripture has been fulfilled in your hearing.”

To draw closer to Jesus, we need to put ourselves into the story of Salvation History and participate. END_OF_DOCUMENT_TOKEN_TO_BE_REPLACED