Jesus Amped Up: The Transfiguration 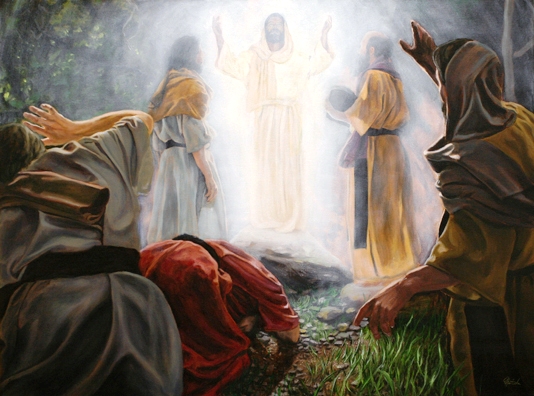 In the Transfiguration of Jesus Christ (Luke 9:28-36) from the Gospel for the Second Sunday in Lent,  something astounding happens to Jesus.  He radiates majesty END_OF_DOCUMENT_TOKEN_TO_BE_REPLACED

The Power of Jesus Christ

Since the fall of Man in Eden, men have pursued power to fulfill selfish desires.  “Power” comes from the Latin, potis, meaning, “to be able” and “strength, vigor and control”.  Men seek power to in an attempt to control other men (political, economic), natural resources (land, resources) and even life itself (longevity, health).  Through the acquisition and use of power, men hope to increase physical pleasure (wealth, possessions, sensual, sexual) and emotional/mental pleasure (enjoyment, pride, greed, lust).

Man’s pursuit of power is futile for it does not lead to lasting happiness due to Original Sin.  Modern Man has gained some control over nature (agriculture, weather, nuclear science, manufacturing), human life (genetics, medical technology) and over the pursuit of happiness (psychology, philosophy, communications and media).  But Man’s growing power through advancements in science/technology has not made Man happy.  Man’s power is feeble, for it offers only the emptiness in possessions, the discomfort of conflict/war, the temporary indulgence of selfish desire and can not avoid the finality of death.  Man’s futile grasping for power does not bring lasting peace and joy.

Awed by the Power of Jesus Christ

END_OF_DOCUMENT_TOKEN_TO_BE_REPLACED

The Miracle of the Resurrection of Jesus

1) Miracles before the Passion

2) Miracles between the Passion and Resurrection

3) Miracles at the Resurrection

4) Miracles from the Resurrection to the Ascension