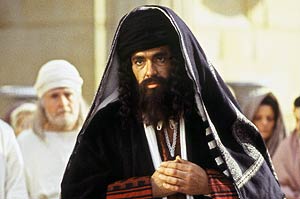 In today’s Gospel from the Mass, Jesus heals a man with a withered hand on the Sabbath (Mark 3:1-6).  Like yesterday’s Gospel, the Pharisees again get humiliated on the Sabbath. END_OF_DOCUMENT_TOKEN_TO_BE_REPLACED 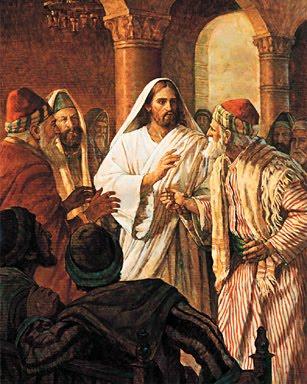 In today’s Gospel from the Mass, Jesus heals a man with a withered hand on the Sabbath (Mark 3:1-6).  Warning: there is a graphic image of a withered hand at the bottom of this page.

[1] Again he entered the synagogue, and a man was there who had a withered hand. [2] And they watched him, to see whether he would heal him on the sabbath, so that they might accuse him.  [3] And he said to the man who had the withered hand, “Come here.”  [4] And he said to them, “Is it lawful on the sabbath to do good or to do harm, to save life or to kill?” But they were silent.  [5] And he looked around at them with anger, grieved at their hardness of heart, and said to the man, “Stretch out your hand.” He stretched it out, and his hand was restored.  [6] The Pharisees went out, and immediately held counsel with the Hero’di-ans against him, how to destroy him.

The events in the Gospels can sometimes lose their impact on our busy minds.   END_OF_DOCUMENT_TOKEN_TO_BE_REPLACED

Throwdown in the wheat field. Guess who wins. 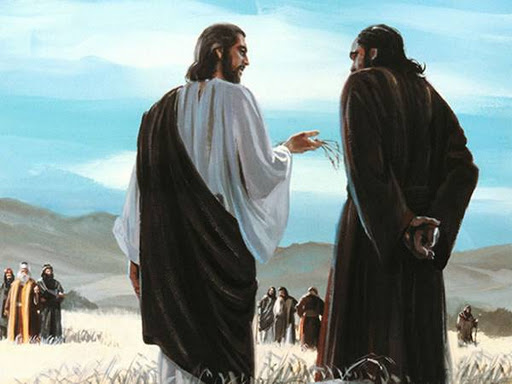 The Gospel reading from today’s Mass (Mark 2:23-28) describes how the Pharisees challenge Jesus in a wheat field on the Sabbath:

[23] One sabbath he was going through the grainfields; and as they made their way his disciples began to pluck heads of grain. [24] And the Pharisees said to him, “Look, why are they doing what is not lawful on the sabbath?”  [25] And he said to them, “Have you never read what David did, when he was in need and was hungry, he and those who were with him:  [26] how he entered the house of God, when Abi’athar was high priest, and ate the bread of the Presence, which it is not lawful for any but the priests to eat, and also gave it to those who were with him?”  [27] And he said to them, “The sabbath was made for man, not man for the sabbath;  [28] so the Son of man is lord even of the sabbath.”

As always, Jesus amazes with His Divinity.  Consider: END_OF_DOCUMENT_TOKEN_TO_BE_REPLACED