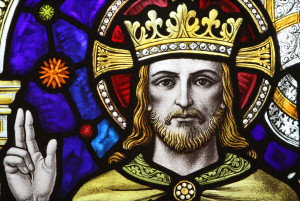 The Fall of the Sons of Man

God created Man in His image and likeness, giving Man dominion over the earth (Genesis 1:27).  The first man Adam (Hebrew for “man”) disobeyed God and fell into Original Sin (Gen 3).  Cast out from Eden, Adam became a father of Cain, and then, Abel.  Abel, a shepherd, pleased God with an offering from his flock, while Cain’s offering “from the ground” did not please God.  Fallen and disfigured by Original Sin, Cain, the very first son of man (Adam), killed his brother Abel (Gen 4).  Like the first Man Adam, the first son Cain displeases and rebels against God.  Fallen in Original Sin, all generations of sons struggle in persistent sin.

The Loss of Sonship and Manhood

By turning away from God the Father and Jesus the Son, Post-modern Man has lost the meaning of being a son and being a man. Postmodern sons, many raised without fathers, fail to learn “sonship”: respect for elders, obedience, loyalty, humility, discipline and how to be fathers.  Many of today’s men avoid fatherhood (contraception, abortion) or reject the responsibilities of being a father (siring children out of wedlock, abandoning or neglecting their children and the mothers of their children).  Postmodern sons are failing in manhood: the rejection of chivalry and disrespect of women, indulgence of compulsive desires (food, drink, pornography), equating manhood to the siring of many children out of wedlock, the strutting of hyper-masculinity, the sloth of perennial adolescence, or embracing dependency or the effeminate.  The failed post-modern culture cannot be salvaged without a return to virtuous sonship and manhood.

Jesus Christ, the Son of Man, demonstrates perfection of sonship and manhood.  Jesus: