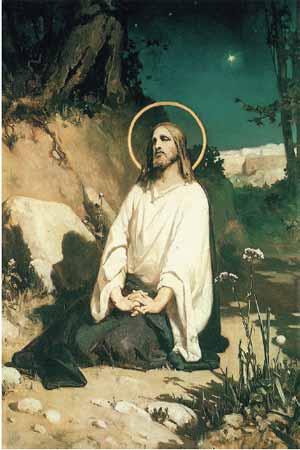 Today’s Gospel from the Mass (Mark 1:40-45) highlights one of the times that Jesus seeks to avoid publicity:

[40]And a leper came to him beseeching him, and kneeling said to him, “If you will, you can make me clean.”  [41] Moved with pity, he stretched out his hand and touched him, and said to him, “I will; be clean.”  [42] And immediately the leprosy left him, and he was made clean.  [43] And he sternly charged him, and sent him away at once,  [44] and said to him, “See that you say nothing to any one; but go, show yourself to the priest, and offer for your cleansing what Moses commanded, for a proof to the people.”  [45] But he went out and began to talk freely about it, and to spread the news, so that Jesus could no longer openly enter a town, but was out in the country; and people came to him from every quarter.

Jesus sternly instructs the man not to tell anyone (except the priest so that the man can re-enter the Temple, now that he is clean).  Why?

Dr. Scott Hahn and Curtis Mitch offer 3 reasons in their marvelous commentary in the Ignatius Catholic Study Bible (every Catholic should have a copy of this wonderful resource – get it here):

Jesus was a brilliant strategist, picking and choosing when, where and how He would reveal Himself.  Even when people refused to cooperate!