“Shaking off the dust” – warnings of the Judgment 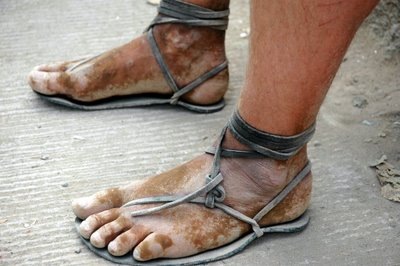 In today’s Gospel from the Mass (Mark 6:17-13) there is preview of the Judgment of God that is to come for all:

[7] And he called to him the twelve, and began to send them out two by two, and gave them authority over the unclean spirits. [8] He charged them to take nothing for their journey except a staff; no bread, no bag, no money in their belts; [9] but to wear sandals and not put on two tunics. [10] And he said to them, “Where you enter a house, stay there until you leave the place. [11] And if any place will not receive you and they refuse to hear you, when you leave, shake off the dust that is on your feet for a testimony against them.” [12] So they went out and preached that men should repent. [13] And they cast out many demons, and anointed with oil many that were sick and healed them.

This passage should give all a bit of a pause, for Jesus has some very strong words for those who refuse to listen to His Gospel: END_OF_DOCUMENT_TOKEN_TO_BE_REPLACED