The Trinity at the Transfiguration. 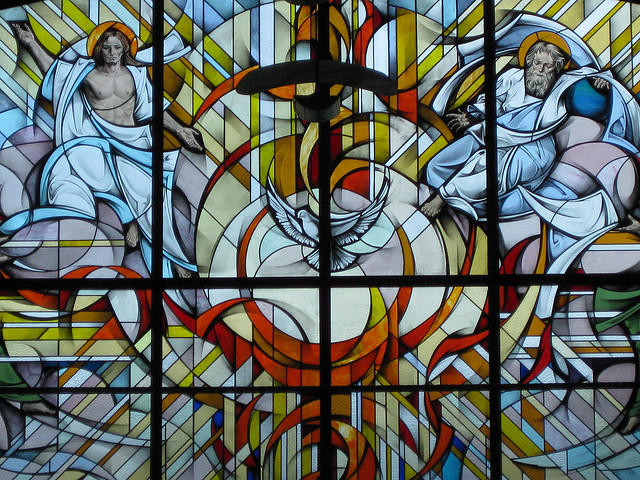 At the Transfiguration, the Trinity is again revealed:

God manifests Himself to the disciples at the Trinity :

The Trinity are the Three Persons of God who have the One Divine Nature (CCC 232-267).  It is in the Trinity that Man is able to get a brief glimpse of the mysterious, the Perfect Love and communal relationship that God lives.

Pray that we might embrace the mysteries of the Trinity and seek to draw upon the Trinity in our faith lives.