Just a reminder: Jesus has the last laugh. 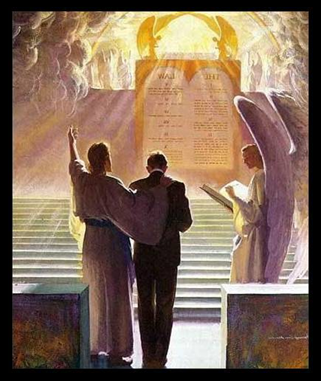 Go on to any public media and you will find people who make fun of our Lord Jesus Christ.  Comedians.  Artists.  Commentators.  Media provocateurs.  Secularists.  Academics.  This list of those who laugh at Jesus is long.

Some make fun for a cheap laugh. Some make fun out of anger at Jesus.  Some make fun to promote their atheistic views, using the cheap and cowardly tactics of the ad hominem attack.

All share the same core disease: disbelief and ignorance.

They are laughing now, but won’t have the last laugh.

Today’s Gospel from the Mass (Mark 5:21-43) offers an insight to the love and tenderness of Our Lord.  An excerpt:

[22] Then came one of the rulers of the synagogue, Ja’irus by name; and seeing him, he fell at his feet, [23] and besought him, saying, “My little daughter is at the point of death. Come and lay your hands on her, so that she may be made well, and live.”  [24] And he went with him. And a great crowd followed him and thronged about him.

[35]While he was still speaking, there came from the ruler’s house some who said, “Your daughter is dead. Why trouble the Teacher any further?” [36] But ignoring what they said, Jesus said to the ruler of the synagogue, “Do not fear, only believe.” [37] And he allowed no one to follow him except Peter and James and John the brother of James.

[38] When they came to the house of the ruler of the synagogue, he saw a tumult, and people weeping and wailing loudly. [39] And when he had entered, he said to them, “Why do you make a tumult and weep? The child is not dead but sleeping.” [40] And they laughed at him. But he put them all outside, and took the child’s father and mother and those who were with him, and went in where the child was. [41] Taking her by the hand he said to her, “Tal’itha cu’mi”; which means, “Little girl, I say to you, arise.” [42] And immediately the girl got up and walked (she was twelve years of age), and they were immediately overcome with amazement. [43] And he strictly charged them that no one should know this, and told them to give her something to eat.

Like those who laughed at Jesus before the rising of Jairus’ daughter from the dead, those who laugh at Jesus today will face the Risen Christ who will judge them upon their deaths.

Pray that the scoffers turn from their ignorance and viscousness, and open their hearts for Jesus to enter and give them faith.

Eternal death is nothing to laugh at.