The Awesomeness of Jesus Christ 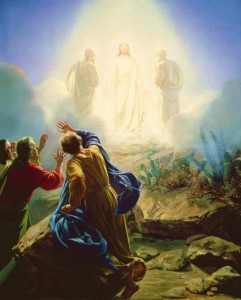 Myopia in the Modern World

This modern myopia has resulted in the loss of a sense of the Divine.  One clear example of modern myopia is pervasive use of the word ‘awesome’.  The mundane or trivial is routinely labeled as ‘awesome’.  But when everything becomes ‘awesome’, nothing is ‘awesome’.  The First Commandment declares that only God is to be worshiped and warns against worshiping false idols; becoming blinded by material things and using sacred words to describe the mundane is a form of idolatry. “Idolatry consists in divinizing what is not God” (CCC 2113).

The word awe comes from the Greek, akhos meaning ‘pain, grief’ and ‘dread mixed with veneration’.  The word awesome means ‘profoundly reverential’.  Words related to awesome include: amaze (‘overwhelming wonder’ and ‘mental stupefaction’); astound (‘to stun’);  astonish (from the Latin, tonare meaning ‘to thunder’ and ‘thunderstruck’);  marvel (from the Latin, mirabilia, meaning (‘strange and wonderful things’); and worship (‘Adoration and honor given to God’ – CCC 2096, 2097).

The Awesomeness of Jesus Christ is overwhelmingly demonstrated in the Gospels: