The Humility of Jesus Christ 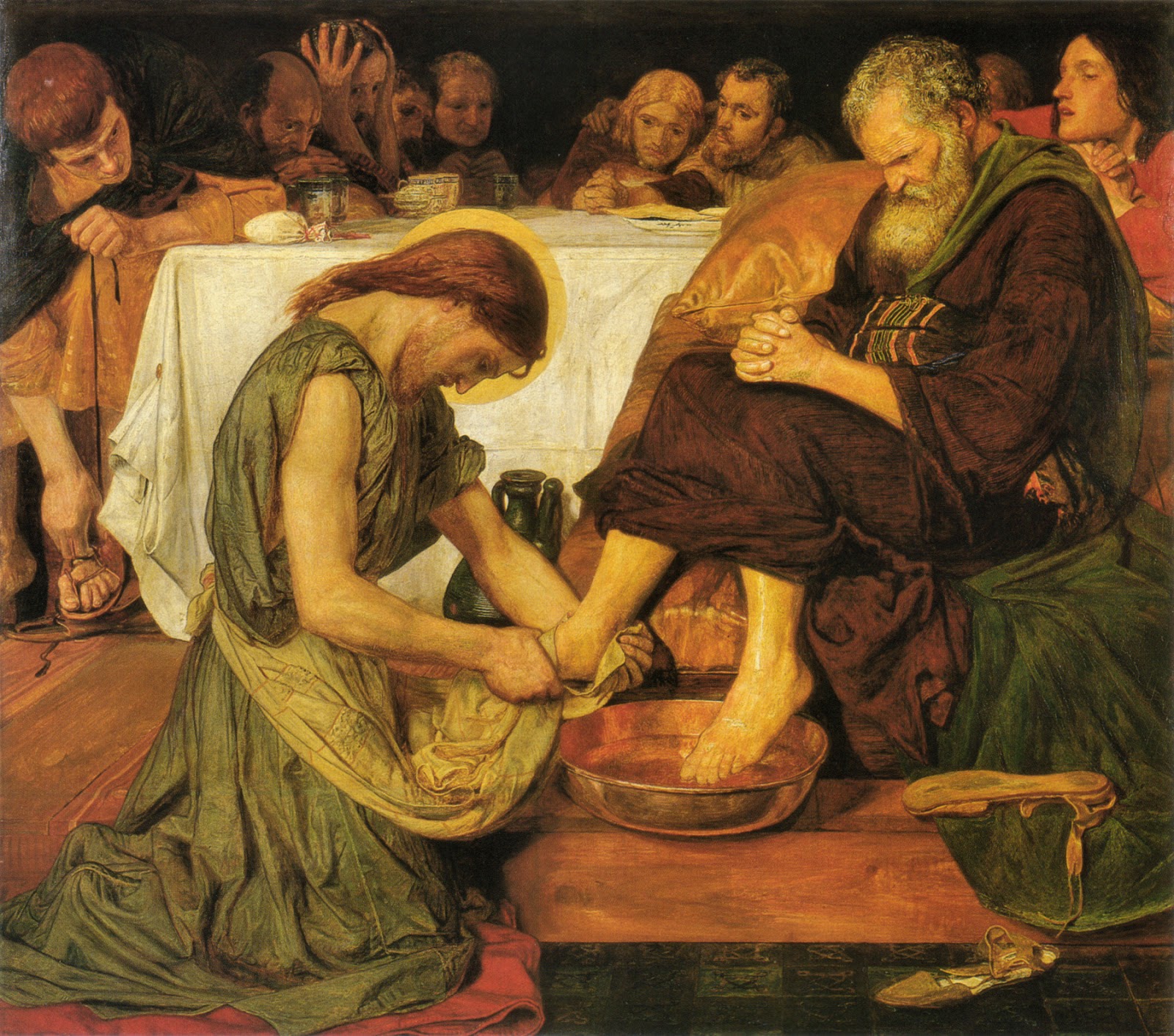 The Descent into Dirt

The Church teaches that Satan was full of Pride and rebelled against God, causing God to cast Satan and his angels out of Heaven and into Hell (CCC 391-92).  Still full of rebellious Pride, Satan slithered into Eden and seduced Eve (and Adam) to join in rebellion against God (Gen 3:5).  God’s response to the Sin of Pride was definitive: Satan was cursed and deemed the enemy of Man; Adam and Eve were to live with pain, toil and death.  Rather than immortality, Man was to “return to dust” (Gen 3:19); turning to dust is the ultimate lesson in humility (from the Latin, humus, meaning, “of the soil”).  Pride remains the first of the Capital Sins/Vices (CCC 1866) leading Man to envy and resent God (CCC 2094, 2540).

Modern culture is infected with the insanity of the “Enlightenment”: the prideful rejection of God and the embrace of radical individualism/selfishness.  The prideful rejection of God infects Man with all kinds of schemes to attempt to find happiness: the false political “progressivism” that promises an earthly Utopia (literally, “no place”), insatiable capitalism, the reliance on technology and science to solve all the ills of society, the rejection of sexual morality (e.g. rejection of marriage, contraception, abortion, the acceptance of homosexuality/same sex “marriage”, transgenderism, etc.) and the totalitarian use of government to enforce pluralism/relativism to the point where nothing is sacred.  Man’s pride threatens the very peace of the world (CCC 2317).

Like gorillas in the wild, Modern Man thumps on empty chests in prideful display that cries out “Look at me!”: conspicuous consumption (clothing, cars, McMansions), body adornment (tattoos, strange hair and cosmetics), exhibitionism (Facebook, Twitter), the scandalous antics and self-promotion of politicians, celebrities, “comedians” and athletes.  In the modern mind, Humility is not a virtue.

The Humility of Jesus Christ

Jesus Christ demonstrates the perfection and power of humility in the Incarnation.

Descends to become the Son of Man – As the Divine Son of God from the beginning (John 1:1), Jesus demonstrates the ultimate humility by becoming Man, emptying Himself (Phil 2:7), taking the form of a slave (Phil 2:6-7) and willingly accepting the constraints of human learning (CCC 472).  As the “Perfect Man”, Christ’s whole life is the model for Man to follow in holiness (CCC 520).

Chooses to be Incarnate to humble parents – Rather than the pride of Eve (Gen 3), Virgin Mary becomes the “New Eve” (CCC 411) in the humility of “the handmaiden of the Lord” (Luke 1:38).   God chooses Joseph, a carpenter, who humbly accepts and defends the pregnant Mary (Matt 1:18-25), accepts celibacy in marriage (CCC 499) and raises Jesus as his own son.

Embraces humble circumstances – Jesus is born in a humble manger (Luke 2:1-7), has no earthly pedigree (money, political, scholarly credentials), lives in poverty (Luke 9:58) and associates with the lowliest of sinners (Matt 9:10-13) and outcasts (Matt 8:2-4).

Submits to the Baptism – Despite being without Sin (CCC 536), Jesus humbly accepts Baptism in solidarity with Man (Matt 3:13-17); each Christian is called “to enter into this mystery of humble self-abasement and repentance” (CCC 537).

Allows Satan to attempt temptation – With the humility of perfect love and in solidarity with Man, Jesus allows Satan to tempt Him, refraining from destroying Satan: in the desert (Luke 4:1-12) and perhaps in Gethsemane (Matt 26:36-46; CCC 612).

Embraces humility in the Passion – Jesus enters Jerusalem on a lowly donkey (Matt 21:1-10).  He washes the disciples’ feet (John 13:1-17).  He bows to the Father’s Will in Gethsemane (Matt 26:36-46) and willingly (CCC 272) allows the Jews and Romans to insult (mocking an spitting), torture and kill Him by scandalous Crucifixion (Matt 26-27) while asking the Father to forgive His persecutors from the Cross (Luke 23:34).

Clarifies that humility is mandatory for Salvation – Jesus teaches that a humble repentant heart is necessary for justification (Luke 18:9-14; CCC 1446; see Reconciliation: CCC 1442-1498) that the humility of a child is a pre-requisite for Heaven (Matt 18:4).

Teaches Man to pray with humility – Jesus teaches Man to pray the humble “Our Father” (Matt 6:9-13), each section requiring humility: submitting to God as “Father”, “hallowing” His name, accepting God’s will, begging for “daily bread” and forgiveness (a sign of humility – CCC 2631) and protection from temptation and the Evil One.  Man must embrace humility to draw closer to the Trinity in prayer (CCC 2713, CCC 2728).

Endows the Church with humility – The Apostles embrace humility: Peter: “God opposes the proud but gives grace to the humble” (1 Peter 5:5); James: “Humble yourself before the Lord and He will exalt you” (James 4:10); St. Paul “Do nothing from selfishness or conceit, but in humility count others better than yourselves” (Phil 2:3).  All the martyrs and saints have embraced humility.